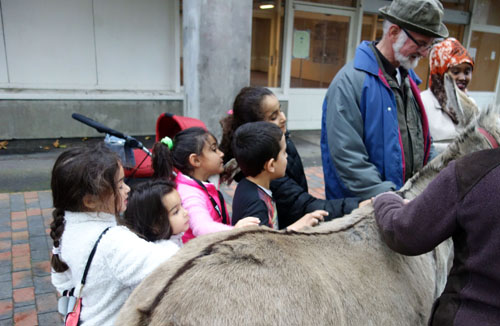 Now, in 2017, Gellerup Parken is a diverse community with habitants from over 80 different nations coming from different continents and cultures, which is represented in a vivid community life. In the 1970s, after the housing blocks of Gellerup Parken were completed, mostly ethnic Danish people lived there, and Turkish guest workers soon arrived. In the Gellerup Archive, you can find photographs from the 1970s documenting gatherings and summer festivals with carousels and pony rides. During this time, there was even a community petting zoo with rabbits, hamsters, guinea pigs and other animals, but it was closed after some of the pets were found, having been tortured and killed. Today, residents in Gellerup Parken are not allowed to keep dogs because there have been problems with illegal dog fights in the basements of the block buildings and kidnapped dogs were found in the housing area.

In response to the Gellerup Parken pet policy I decided to invite an animal to Gellerup Parken. Birgit Winther and Peter Mejlby, Danish donkey farmers and asinus-therapists, arrived with their donkey in front of the office of the international residency program Sigrids Stue on 14 October 2017. After the donkey left the trailer, lots of children and adults approached the animal and wondered why there was a donkey in Gellerup. While walking the donkey through housing blocks, numerous unexpected, non-verbal, warm and emotional encounters sparked vivid childhood memories and interesting conversations.

A Palestinian man unsolicitedly tried to get on the donkey because he did so as a child. A Somali woman spoke of her flight and the cruel images she saw both during the Somalian Civil War and on her way to Europe. A young Somali man remembered the wild silver African donkeys, and he proudly told us that he still owns a donkey in Somalia. Yet another Somalian man asked us to take a picture with his mobile phone. He posed proudly next to the donkey and put his hand on the neck of the animal. He also wondered if a donkey could survive in the Danish weather and climate. Alongside the mainly respectful reactions, however, we also experienced how people made fun of the stubborn pack animal and wanted to give it a kick.

Some children weren’t sure what they saw. “What is this?” they asked. “Is it a horse or is it a goat?” Some were hesitant to touch the donkey and others caressed the soft skin and embraced the donkey’s neck. Others asked if we would sell the donkey and how much it would cost. We experienced countless smiling faces and hands touching the soft and warm skin of the patient animal. The careful and cautious animal had released peace and deep affection.

The donkey, which is still used in the Middle East and Northern Africa as a farm and pack animal turned into a silent mediator, whose immediate presence caused emotions, memories and trust.
After Birgit, Peter and the donkey, Sita, had left, some boys were strolling around and asked us, "Where is the horse?”

This project was realized by the international residency program Sigrids Stue, Gellerup/Aarhus. 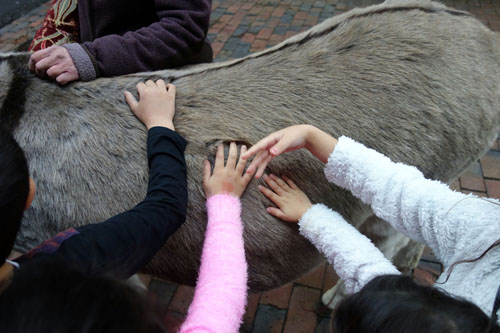 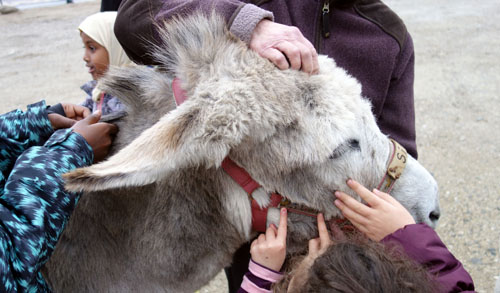 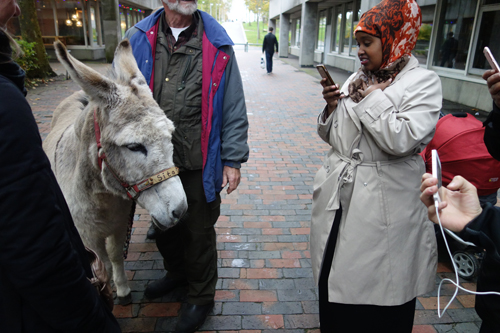 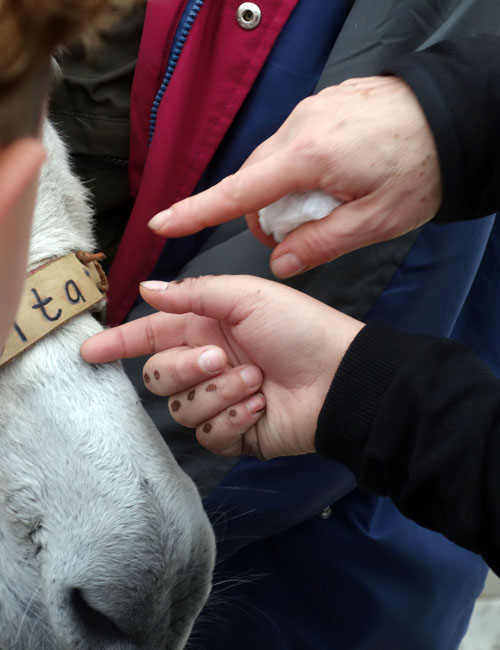 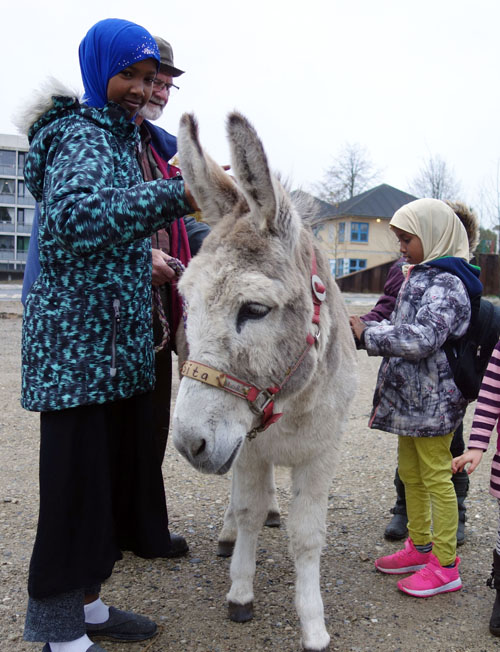 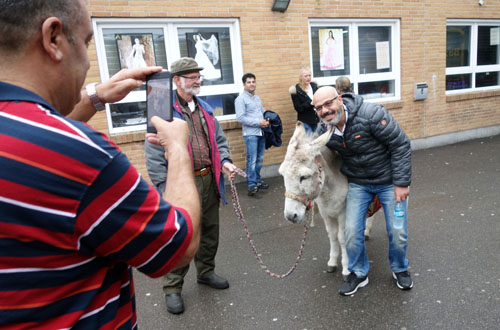